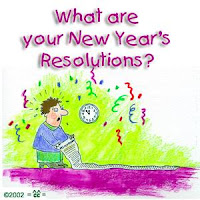 Happy New Year!! The year seemed to drag on once school started until about October and then it just flew by. I've now lived through a decade, cool ;D

This year I tried to have more specific New Year's Resolutions. Last year's were pretty general

1. Get straight As while not neglecting the blog (find a balance!)

3. More author interviews (at least one a month with more original questions!)

4. At one point in the year, have an equal number of reviews of YA/MG books about African Americans, Latinos and Asians. Sadly I don't think I can ever review the same amount of Native American books as the other three main ethnic groups but I still want to increase their numbers. Right now I'm at 75 reviews of African Americans, 43 reviews of Latinos and 42 reviews of Asian. I know I have a few more mandatory reviews coming up of African Americans but I'm going to try my hardest to freeze the number at 80 until I have 80 reviews of YA/MG books about Asians and Latinos. It's not like I don't know any books with Latino and Asian main characters, because I know lots of them so I need to strive harder to review equally.

5. Review one book each that starts with Q, V, X and Z (I need recommendations! I have a book in mind for Z but for the others I don't know any YA/MG poc books that fit that criteria).

7. Reply to comments the day after they are left as much as possible

8. Include a SAT word in one review every two weeks ;)

10. Read one classic a month

Tentative list (not in any order): Kindred by Octavia Butler

One Hundred Years of Solitude by Gabriel Garcia Marquez

A Tale of Two Cities by Charles Dickens

Sense and Sensibility by Jane Austen

The Lone Ranger and Tonto Fistfight in Heaven by Sherman Alexie

The Namesake by Jhumpa Lahiri

11. Finally walk the walk and figure out a way to distribute all the books about poc. Yes I support authors of color and authors who write about poc. But I was thinking lately about how I'm not doing anything to get all the books I love that are about poc into the hands of other teens and kids of color. Screw being politically correct: for the most part, the people reading this blog are probably middle and upper class people. I want those teens to read these books too but I don't want to forget about the working class teens either. So I intend to start some kind of literacy project or a book drop of some sort in which I donate books about poc. Starting with picture books, early reader, MG and YA books. I have no idea what this project will be called or how I'm going to raise enough money to do it (I'm thinking of trying to coordinate something with a charity that already exists because I don't really think we need any more charities starting up. We need the ones that already exist to receive more help). But stay tuned for that and definitely email me with any tips. I'm going to work on this over the summer but I want to start brainstorming now.

Share your own resolutions for 2011 in the comments or leave me a link to your own post. Yay 2011! (that much closer to school being over and then senior year!!)