Opting Out: Losing the Potential of America's Young Black Elite 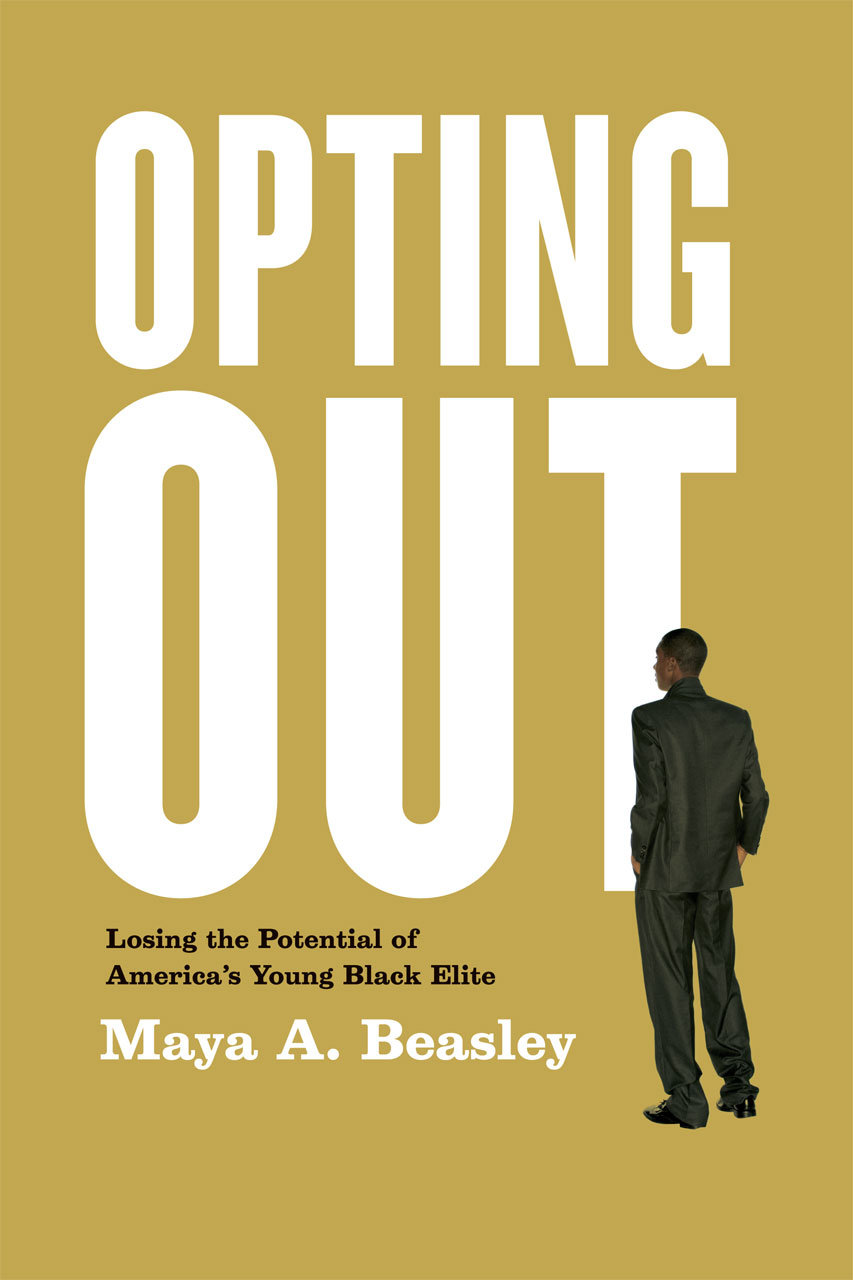 Opting Out: Losing the Potential of America's Young Black Elite by Maya Beasley 2011
U Chicago Press

IQ "Further, because racism is endemic and built into the structure and institutions of American life, attacking inequalities in a minimal number of areas via a small number of channels is limiting. [...] Radicalized occupations are neither ineffectual nor obsolete, but they are no longer sufficient to create the wide-ranging, long-term changes that are needed by the African American communities these students wish to serve. It is therefore imperative that black college students become better informed about the full spectrum of career opportunities that are compatible with their community service goals" (143).


One sentence review: A thought provoking read that greatly contrasted with my own personal experiences which was somewhat confusing but the author makes some extremely vital points in concise language that deserves to receive more attention.

I have no problem with the premise of this book as outlined in the quote, we need more people of color in STEM, business, films and law. I personally can attest to this "The emergent trend is that black students with segregated social networks are selecting occupations that directly target the black community and ones in which they will not feel isolated. In contrast, those with integrated networks are choosing a more varied set of careers which are generally higher-paying and higher status with less of a direct emphasis on African Americans" (73). HOWEVER to me there is a disconnect between that quote and Beasley's findings on stereotype threat. Her findings (after interviewing Black and white Stanford and Berkley students) found that stereotype threat affected Black students' career decisions. I do not completely buy this. I do not understand how she does not explore the possibility of a correlation between class, diverse social networks and stereotype threat. Granted I'm not sure the university I went to is considered "elite" but when I look at the Black people I know who had diverse friend groups and went to all white schools and participated in mostly white activities, they are entering field where Black people are not dominant. Myself included. It just does not make sense to me that someone who grew up in an environment like the one I just outlined would then resist entering predominantly white fields. Beasley notes that they are often discouraged by their parents who are in similar fields, my parents have never told me not to enter a career simply because of white people. Sure they prepared me as best as they could for the little comments that might come my way but they never took a warning or discouraging tone. I'm willing to chalk this up to generational differences. The book is published in 2011 but cites a lot of studies from the 90s/early 2000s so maybe things really have changed in the last few years. But I read this book and had no idea who she was talking about when discussing the patterns of upper middle class Blacks.

Now with that being said, her research backed up some of my personal experiences as well, such as the alienation some Black students feel when they chose not to fully immerse themselves in the on campus Black community. But I wish she had further explored why Black students from working class or lower middle class families are more active than those who come from a wealthier background (and yes I have a few thoughts on the matter but I won't get into it). The importance of connections and how that leaves marginalized groups behind is also well addressed. I do not want to give this book a bad review because it conflicts with my worldview; I thought it was an extremely interesting read that presented intriguing findings and analysis. However I think this would have been more effective if she surveyed a greater variety of students maybe waited a few years or talked to students at an Ivy League or liberal arts college in the East. I hope she does a follow up. I would love to hear other people's thoughts in the comments.