All Eyes On: Lucy was Robbed 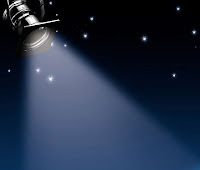 I first heard of Lawral and her blog lucy was robbed when she joined the PoC challenge. She posted reviews quite often and I really liked how in depth her reviews were (are). She provides a bit more information than most when she reviews a book. Publisher, year it was published, link to cover image, etc. I was also pleasantly surprised at how she would always make note if there were characters of color (forgive me for being presumptuous but I rarely expect that from a white reader. I have happily been proven wrong by other reviewers who are white and yet point out when a character is a PoC). I really like Lawral's blog not only because of all her PoC reviews but because of the quality of her reviews and how many of the books are older/less well known. She also does awesome reviews of LGBTQ books. Enough of my prattle, Lawral please take the floor!

Please tell us about your blog.
Basically, I started my blog because it was required for my Resources for Young Adults class in graduate school; we had to read and review a certain number of YA books per genre and post those reviews to the blog for our final.

When I decided to keep the blog going, I had to come up with a new name (my blog was titled "Lawral's Resources for Young Adults Blog" up until that point at the professor's request). I couldn't think of anything and so enlisted the help of my girlfriend, who had only movie adaptations of children's or YA books that I'd made her watch with me as a reference point. She kept wanting me to make my title something about Susan in the first Chronicles of Narnia movie, because she's so spunky and kick-ass. But in the books, that's really more of Lucy's character, and Lucy is really the star of the show! Hence, the name, lucy was robbed.

I love the title of your blog and I wholeheartedly agree. I don't love the Chronicles of Narnia but I was surprised at Lucy's passivity and Susan taking on the more spunky role. And I would love to be in a class that required me to make a blog!

What 2010 debut book are you most looking forward to? And non-debut?

Stringz was good. I'm not familiar with Under the Poppy but I am SO EXCITED for The Mockingbirds. It's probably one of my most anticipated non-PoC debuts. I like the idea of Jane too, should be an interesting read.
What are your top five favorite POC books?
First Part Last by Angela Johnson
The Absolutely True Diary of a Part-Time Indian by Sherman Alexie
Libyrinth by Pearl North
Saving Maddie by Varian Johnson
Amiri & Odette by Walter Dean Myers
in no particular order and with no explanation, because if I think about it too much I won't be able to keep it narrowed down to five.
I'm embarrassed to admit that I haven't read First Part Last yet. I really need to remedy that. I recommend it enough. haha. This is a great list; I adore The Absolutely True Diary of a Part-Time Indian and Saving Maddie. Your review of Libyrinth made me want to read it even more. I love ballet so I do want to eventually read Amiri & Odette

I was trained to be a youth services librarian, but I work in a college library. Dealing with professors and dealing with children often aren't all that different.

When I was little, I wanted to grow up to be a ballerina/novelist. I was lucky enough to pursue both of those dreams long enough to realize that neither was for me, but having danced a summer with the San Francisco Youth Ballet Academy and earning a concentration in Creative Writing are still cool!

I spend almost as much time knitting as I do reading (and sometimes manage to both at the same time).

I'm a California Girl at heart, but living in Philly. The extremes of the weather, otherwise known as "seasons," really throw me for a loop. Every year.
That is so cool that you got to dance with the San Francisco Youth Ballet Academy! I'm so jealous :) Heehee at one point I wanted to be a ballerina/novelist too.
If you could have dinner with two POC characters from any book who would it be and why?
First, I would choose Maddie from Saving Maddie because I think we grew up with similar values and have come to the same grown-up life conclusions, and that is a rare thing. Also, she seems like she can switch from serious to not-serious pretty quickly which would be essential considering my other dinner guest would be Junior from The Absolutely True Diary of a Part-Time Indian. I'd pick Junior because he's hilarious and eventually someone would laugh so hard that their drink would come out of their nose, even if we were talking about Very Important Things.

Guess who's coming to dinner? I'm so crashing.

Finally any advice to those who want to read POC? And to those who are just starting to blog?
When I took that Resources for Young Adults class, one of the genres in which we had to read was "Realistic/Multicultural," the assumption being that most literature featuring POC is realistic fiction. This assumption might be a little bit true, but that is because most YA literature falls in the realistic fiction category, current paranormal romance trends notwithstanding. BUT you don't have to read a ton of realistic fiction in search of POC characters, or I would hardly ever find any books. No matter what genre you prefer to read, sci-fi, fantasy, romance, Christian fiction, sports stories, whatever, there are books available IN YOUR GENRE featuring POC. You may have to look harder to find them, they won't necessarily be on big book displays at Borders or recommended by amazon, but they exist. That's why blogs like this and Gal Novelty that promote books across genres featuring POC and blogs like Charlotte's Library that review within specific genres but make a point to feature POC books often are so important. By following blogs like these and reading through the reviews posted at the POC Reading Challenge blog you'll come across tons of books that you want to read, many of them featuring POC. And if you're just starting to blog (or even if you're not) join the POC Reading Challenge and any others that look interesting to you! It's a great way to get your reviews out there and gain followers as well as a great way to come across new blogs and books that you may have missed otherwise!

Thanks for having me, Ari!
Can I get an 'Amen'? I need to write a post on how there's more to multicultural lit than realistic fiction (although we never get any romance. But I digress). Anyway, thank you so much Lawral!
Everyone go show Lawral some love (in the comments would be nice too)
Posted by MissA at 8/27/2010 05:23:00 AM