Waiting on Wednesday: The Cruisers

Waiting on Wednesday is hosted by Jill at Breaking the Spine. This week I'm waiting on... 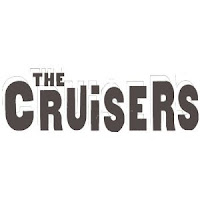 The Cruisers by Walter Dean Myers

Zander Scott and his friends, Kambui, LaShonda, and Bobbi are in trouble. Even though they're students at DaVinci, one of the best Gifted and Talented schools in Harlem, their grades are slipping, and Mr. Culpepper, the Assistant Principal and Chief Executioner, is ready to be rid of them.

When the school starts a unit on the Civil War, and kids split up into Union and Confederate sympathizers, Zander and his crew are given a charge - to negotiate a peace between both sides before the war actually breaks out.

That's when Zander comes up with the idea to launch an alternative school newspaper called The Cruiser. What he and his friends learn is that their writing has power to keep the peace, but that words can be weapons, too. Soon everyone at DaVinci is forced to consider the true meaning of democracy and what it costs to stand up for a cause. The result is nothing they could have expected, and everything they could have hoped for.

Acclaimed author Walter Dean Myers delivers the first book in a middle-grade series that will have boys and girls cheering for a group of misfits who may just be the coolest kids in town.

-Gotta love those books where the 'uncool' kids become cool! And it's Walter Dean Myers. So obviously it's going to be a must-read. I'm not sure if that's the actual cover. I hope not because it's plain and just yuck but I couldn't find any other covers for it.

What are you waiting on this week? Any POC releases?