New Crayons, Did I Mention That.... 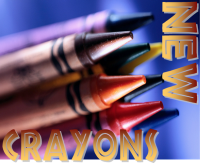 I'm excited because I have three reviews planned for this week and I've written five college essay rough drafts. Progress!

New Crayons is hosted by Color Online a meme in which I share what new books I received for the week. Don't forget to pre-order What You Wish For, all the proceeds go to BookWish which helps build refugee camp libraries. 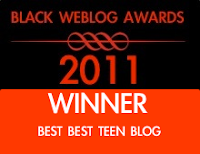 Have I mentioned that I was the 2011 Best Teen Blog winner at the Black Weblog Awards? No? Considered it mentioned. Thank you so much to all who voted for me! You can watch the entire show here or just skip to me being announced here ;) It's super embarrassing though!

Girl in Translation by Jean Kwok

When Kimberly Chang and her mother emigrate from Hong Kong to Brooklyn squalor, she quickly begins a secret double life: exceptional schoolgirl during the day, Chinatown sweatshop worker in the evenings. Disguising the more difficult truths of her life-like the staggering degree of her poverty, the weight of her family's future resting on her shoulders, or her secret love for a factory boy who shares none of her talent or ambition-Kimberly learns to constantly translate not just her language but herself back and forth between the worlds she straddles.

Through Kimberly's story, author Jean Kwok, who also emigrated from Hong Kong as a young girl, brings to the page the lives of countless immigrants who are caught between the pressure to succeed in America, their duty to their family, and their own personal desires, exposing a world that we rarely hear about.

-EVERYONE has recommended this book to me (well not any teens but whatever) and so I had to read it. Thank you so much de Pizan!


For review from Little, Brown & Company

The Shattering by Karen Healey

Image from Tansyrr.com (I couldn't find any other images of the U.S. ARC cover)

Seventeen-year-old Keri likes to plan for every possibility. She knows what to do if you break an arm, or get caught in an earthquake or fire. But she wasn't prepared for her brother's suicide, and his death has left her shattered with grief. When her childhood friend Janna tells her it was murder, not suicide, Keri wants to believe her. After all, Janna's brother died under similar circumstances years ago, and Janna insists a visiting tourist, Sione, who also lost a brother to apparent suicide that year, has helped her find some answers.

As the three dig deeper, disturbing facts begin to pile up: one boy killed every year; all older brothers; all had spent New Year's Eve in the idyllic town of Summerton. But when their search for the serial killer takes an unexpected turn, suspicion is cast on those they trust the most.

As secrets shatter around them, can they save the next victim? Or will they become victims themselves?

-I haven't started reading this yet but I did skim through it and I'm failry certain the main character is Maori so it fits with my blog's theme. I was relieved to see that since lately I've been getting quite a few books that don't and I don't have the money to mail them out just yet to other reviewers. I don't like reading books about serial killers though... thank you L&B!

Enjoying your end of summer? For those in school, how's it going? Any last-minute summer reads?