The Bis and the Mixies and the What Are Yous? 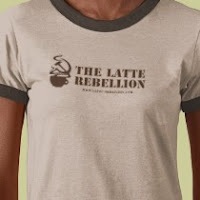 The following post is not really book-related, more race related so if you hate those kind of discussions, stop reading after my next sentence. There will be a return to bookish posts tomorrow. Stop reading. Still here? Yay! Be warned this post is full of abstract thoughts, ramblings and BUTs.

It would seem the universe is trying to tell me something. First I read the Latte Rebellion (I definitely recommend you read it!) which is all about mixed race kids, bicultural kids, multiracial, whatever you want to call us 'mutts' (which I say out of complete love). Then I'm in school working on an online college profile. My counselor wrote my ethnicity down as Latino. Which is a first because once people see me they automatically assume I'm Black (unless they themselves are Black and then they usually ask me what I'm 'mixed with'. I used to wonder how they knew and when I was in 8th grade or so someone explained to me it was because of my hair...), but if they just hear my last name they automatically assume I'm Latino. But then again, I'm not so sure my counselor had ever seen me before...Regardless I wanted to change the profile to reflect my bicultural status, especially since this was profile was used to find scholarship matches. But I couldn't. The application would not allow me to list more than one ethnicity, so I ended up picking 'multiracial'. But here's the thing I'm not multiracial. To me being multiracial is different from being bicultural. Multiracial=many races. For ex: someone like the main character in The Latte Rebellion who is half Indian, and a quarter Spanish and Irish. However her best friend Carey is half Chinese, half European/Caucasian/white. To me Carey would not be multiracial, she would be bi cultural. BUT she's also multicultural because I'm sure her European side is made up of every single European country (ok I'm slightly exaggerating but you know what I mean). Bicultural is what I am, made up of two cultures. Black and Latina. A Blatina. I asked my college counselor why I couldn't put two ethnic groups down and she said multiracial was the same thing. But it's not. And perhaps this is the dilemma multiracial kids face because by checking such a broad term, we do not get to acknowledge each side of our cultural heritages. I want the world to know that I'm Black and Panamanian because I'm still trying to reconcile both cultures and being able to show them both would make me happy. What's worse is that no multiracial scholarships popped up! So I'm going to have to change my ethnicity to Latino, write down all the scholarships listed and then switch to Black and write down all those scholarships.

THEN after the college incident, I was directed to the New York Times article, More Young Americans Identify as Mixed Race. This article gave me some good food for thought but this and a conversation on Twitter have left me thoroughly confused. Thus I wrote this blog post to try and write out my thoughts AND to get feedback. I'm even using bulletpoints to make it easier for myself (and others). Any thoughts you could give me/personal anecdotes would be greatly appreciated.

Some days, I feel more Black than Latina (which is most of the time but I'm working on that). Other days it's the reverse (when I'm listening to Spanish music, salsa dancing, etc). Any bicultural/mixed race people feel the same way? (Awesome T-shirt from whatRugear, I WANT)

Don't try and make us mixies and biculturals choose sides. It's annoying

Whew. I'm sure I left out some important questions and facts so fill me in. What do you agree or disagree with?