Waiting on Wednesday is hosted by Breaking the Spine. In this meme we share what books we are eagerly awaiting. Most of my choices are set to publish in 2011 but today I'm spotlighting one that will be coming out sort-of soon. 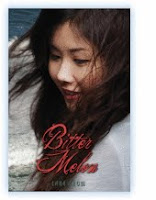 Frances, a Chinese-American student at an academically competitive school in San Francisco, has always had it drilled into her to be obedient to her mother and to be a straight-A student so that she can go to Med school. But is being a doctor what she wants? It has never even occurred to Frances to question her own feelings and desires until she accidentally winds up in speech class and finds herself with a hidden talent. Does she dare to challenge the mother who has sacrificed everything for her? Set in the 1980s.

-This novel sounds like it could be sort-of the same old but it's set in the 1980s which is new. And Frances wants to do speech competitions which I know very little about so I'm really looking forward to this novel :)