Waiting on Wednesday was created by Jill at Breaking the Spine.

NaTasha has a wonderful life in affluent Park Adams. She fits in, she has friends, and she's a member of the all-white ballet troupe. Being nearly the only African American in her school doesn't bother NaTasha. But it bothers Tilly, NaTasha's spitfire grandmother from Harlem, who decides NaTasha needs to get back to her roots or her granddaughter is in danger of losing herself completely. Tilly whisks NaTasha away to a world where all of a sudden nothing in NaTasha's life makes any sense: Harlem and Comfort Zone in the Bronx, a crisis center where Tilly volunteers her time to help troubled girls get on the right track. Girls who are completely unlike anyone NaTasha has ever encountered. These girls are rough, beautiful, streetwise, sure of themselves, and wield their secrets like knives--and they dislike NaTasha and her world of privilege with a passion.

If there is ever a time when NaTasha feels like running away from something, now is it. But she doesn't. She stands her ground. And what she discovers surprises everyone, especially NaTasha.

-Story of many a POC's life. I'm almost positive that most of us have been called sellouts, maybe not to our faces, but we know people say it about us. Anyway, this novel sounds like one I could really connect to (the sellout aspect, the dancing, being one of few black girls at a school). Plus Tilly sounds like shes going to be quite a character; I love spitfire grandmothers! 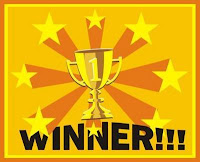 the Spring Break sponsored by snubbr.com giveaway is.... (as chosen by random.org)

Congrats and thank you to everyone who entered the giveaway. Stay tuned for another (bigger) one in May. Annica, I'll be emailing you shortly (or if you see this post before I email you, feel free to email me). You have 48 hours to email me your mailing adress.

Also, thank you all for the suggestions. They were quite helpful; some I already knew needed to be improved on; three columns, better layout and more sci fi/fantasy books reviewed. There were some welcome surprises; to include lists of books by regions around the world and more series reviews. I won't be able to work on my layout until the summer when I have time to mess with. I'm definitely going to make a more conscious effort to review YA/MG books about POC that are sci fi/fantasy. Also, I'm not sure if there are a lot of YA/MG series about POC (recommendations are welcomed and totally encouraged!), but I will search for them :) I think during the summer I'm also going to make reference lists of books about African Americans, Asian Americans, Latinos and Native Americans. I will update these lists regularly. As well as work on lists of books about people based on their country or region of the world. Finally, someone asked for a review of Liar. I've already done one and you can read it here (another thing I want to work on over the summer is creating pages for my reviews by title and author).

Whew, I'm going to be busy! But a good kind of busy. I'll create a post later on with a list of things to do over the summer concerning Reading in Color.