Waiting on Wednesday: The Turning & Tell Us We're Home

Waiting on Wednesday is a meme hosted by Jill at Breaking the Spine.

This week I'm waiting on...

The Turning Book 1: What Curiosity Kills by Helen Ellis

I whisper, "What's so special about me all of a sudden?"

Mary feels different, but can't explain why. The fainting, the strange cravings...and worse, the things she's noticed about her body.

Mary doesn't know where to turn. If she tells her parents or her sister, she'll risk losing everything. She has no other family, no way of knowing if what she's going through is normal. Everyone she's ever known and loved could reject her...

-I have two books that I'm waiting on this week because I wasn't sure if The Turning is about a POC. I assumed Mary is a POC because of the cover (which I love, the eyes are so cool!), the girl looks like she could a POC. Someone please correct me if I'm wrong. This book sounds really interesting.

ETA: Read the comment by Jacqueline, she states that Mary's ethnic background is not mentioned but her best friend is black. So I may make this an off-color review. We shall see 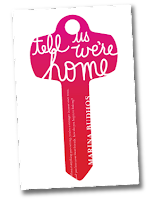 Being the daughter of a maid or nanny, it wasn’t like everyone was so bad or mean or stupid. It was just weird. You knew your mother put extra bleach in the underwear of some girl who was walking up the aisle at assembly in her best corduroy jumper dress. Or those shoes you wore were some hand-me-downs from the kid in the grade above you, and you just prayed she didn’t notice. Or how you hated Monday mornings, when half the class came in sporting sweatshirts with big letters that said I ROCKED AT JONAH’S BAR MITZVAH! Which of course you were never invited to.

Jaya, Maria, and Lola are just like the other eighth-grade girls in the wealthy suburb of Meadowbrook, New Jersey. They want to go to the spring dance, they love spending time with their best friends after school, sharing frappés and complaining about the other kids. But there’s one big difference: all three are daughters of maids and nannies. And they go to school with the very same kids whose families their mothers work for.

That difference grows even bigger—and more painful—when Jaya’s mother is accused of theft and Jaya’s small, fragile world collapses. When tensions about immigrants start to erupt, fracturing this perfect, serene suburb, all three girls are tested, as outsiders—and as friends. Each of them must learn to find a place for themselves in a town that barely notices they exist.

Marina Budhos gives us a heartbreaking and eye-opening story of friendship, belonging, and finding the way home.

-From the author's website I don't know of many stories about immigrants that center around their jobs and the difficulties they have as domestic workers. The premise of this novel is quite original and I like the cover (I'm curious as to why the key is pink).