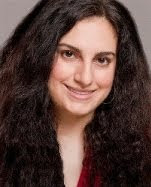 Medeia Sharif is making her debut with the upcoming Bestest Ramadan Ever which releases July 8. Elated Over Eleven is a feature I started in which I interview debut authors of color (the Eleven in the title hints at being a 2011 debut just a fyi). Her book is one that I believe will help certain people get over their Islamphobia by being an entertaining read in which the main character is Muslim but so much more than that too.


Welcome to Reading in Color Medeia!

Tell us about your debut, Bestest Ramadan Ever

Fifteen-year-old Almira Abdul is fasting for Ramadan for the first time ever, but the month does not move smoothly at all. She has her first major crush, treads on her best friend’s toes, butts heads with a new archenemy, and has a strict old-world grandfather who drives her crazy. Her will is tested in more ways than one during the holy month.

What has your journey to getting published taught you?

To take my time. I made the mistake that many writers make: vomit words on a page, do a quick revise and edit job, and start querying. You need to put a manuscript away and later on look at it with fresh eyes. I now wait months between drafts and revisions, and every time I find ways to make a manuscript stronger.

And that is why I can't be an aspiring published author, haha. No patience for all those revisions although I would want my work to be as close to perfect as can be.

One of your characters is described as a Muslim girl who "struts around in super-short skirts, commanding every guy's attention." I'm going to go out on a limb here and assume that this character does not fit the “Muslim girl stereotype.” Did you have a specific goal in mind when you created this character or did she just come to you?

My goal was to create competition between Almira and someone who was like her. It would be one thing to compete with any sort of classmate, but Almira and Shakira are of the same culture and religion. And they’re after the same boy, Peter. I also wanted to show the range of Muslim girls as far as their personalities, dress, and attitudes go. In my next book readers will encounter someone who’s more traditional.

That's tough because personally I can attest to the fact that you are drawn to people of the same culture, you feel an automatic connection that while valid may not be enough to ensure you're friends. Acquaintances or maybe even 'enemies' because there is a sense of competition sometimes (I think) between people with the same heritage (this may only apply to minorities though). I love that a wide range of Muslim girls will be shown in your book, after all books in both subtle and not-so-subtle ways teach tolerance so that's important.

My book would date ANGUS, THONGS, AND FULL-FRONTAL SNOGGING by Louise Rennison. I think my book would appreciate the humor and boy craziness of that novel.

Stationery inspires you, as previously mentioned in a guest post. When did this love-affair with stationery begin? Any tips on how to found the right bit of stationery (or anything else) that inspires you?

I’ve always loved stationery, but I started collecting it in my mid-20’s. Before that, any notebook or pen would do. I collect colorful notebooks and multi-colored gel pens. I suggest that people find designs, colors, and textures that resonate with them. It’s all about the look and feel of the ink, paper, and cover.

I’ve read many verse novels this year, so I’ve become a fan of Ellen Hopkins, Sonya Sones, and Alma Fullerton. As for debut novels, I’ve already read several this year, and I have many in my TBR pile as well as on pre-order. I hope to read all of them, eventually. This summer I look forward to reading Natalie Zaman and Charlotte Bennardo’s SIRENZ, Dawn Metcalf’s LUMINOUS, and Carrie Harris’s BAD TASTE IN BOYS.

What two PoC characters would you love to hang out?

I’d love to hang out with Patti Yoon from Paula Yoo’s GOOD ENOUGH because she’s insecure and funny, and I’d like to tell her that she is indeed good enough for anybody or any situation. The second character is Jazz from Neesha Meminger’s JAZZ IN LOVE. She’s another lovable character.

I would be initimidated by Patti's smarts but she would make me laugh. Jazz would be so much fun to hang out with and I would follow whatever crazy plan she created.

What is one issue you have with YA/MG? What is something you love about YA/MG?

One issue I have is that not everyone takes it seriously. For example, as one rude person told me, “So you didn’t write a real book.” I’ve encountered the attitude that YA/MG isn’t serious fiction. That’s more of an issue with how people react to it, rather than the body of books themselves. What I love is that YA/MG covers so many topics and is, at times, riskier than adult fiction. I believe it’s due to the fact that the characters are at a point in their lives when they’re experimenting with everything and becoming independent.

I'm with you, the fact that many people look down on MG/YA is ridiculous because as you stated, often YA/MG books can be even riskier than adult fiction. They cover a wider range of topics as well and I think the main characters are more likely to stay with you maybe not forever but far longer than in adult fiction.

Thank you so much Medeia!