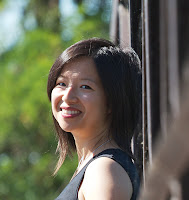 I am a day late with this post which is mortifying. I will do better! Anyway I am ecstatic to re-introduce the wonderful author Ying Lee. Her The Agency trilogy, is one of my favorite trilogies and her final book, The Traitor in the Tunnel keeps the awesomeness rolling. In fact it's my favorite book in the series (but I said that about the second book too and I love the first book so don't listen to me ;) Y.S. Lee has written guest posts for me before and I love them because they are about history but it's history that probably won't be in your textbook (unless you have a really cool textbook that talks about notorious Victorians, Victorian obsessions and weird facts about Victorians). Read on!
Victorian Obsession: Opium

What do you think of when I say, “opium”? Poppies, addiction, maybe the British Empire or hookahs? Well, what about babies? Let me explain.
Opium was, of course, one of the great money-spinners of the British Empire. The British grew opium in British East India and sold it in China, where there was huge demand for it. That’s why the stereotype of the opium-addict is often that of a gaunt Chinese man lying beside a hookah. But, as with all stereotypes, that’s only part of the picture.
Opium use was totally unregulated in England until the Pharmacy Act of 1868. This means that the first half of the nineteenth-century was basically a free-for-all in terms of drug use: anyone could sell it, and anyone could buy it. And as in China, opium merchants in England did a roaring
trade.
One of opium’s most popular uses was in an alcohol tincture called laudanum, popularly used to calm the nerves, help sleep, and generally soothe the user. It was considered totally respectable, so ladies as well as gentlemen felt free to take it – and that’s what the British did, in vast quantities. And since opium was so effective and pleasant for adults, they also gave it to children.
Some of the widely marketed “soothing syrups” for infants in the early nineteenth century were mixtures like Godfrey’s Cordial, which was made of opium, water, treacle (a sweetener), and spices. Other brands included Steedman’s Powder and Atkinson’s Royal Infants Preservative. These were immensely popular for use with ill babies. It makes sense: when children are ill, parents want them to feel better. Opium lessened the pain, and the sweetness of the syrups made sure the babies accepted them.
Obviously, opium syrups were not good for babies. Even ignoring questions of addiction and brain development, babies given frequent doses of these syrups tended to be small and stunted, and were often described as “wizened”, or looking like little old men. The reason? They were too sleepy to eat, and became malnourished as a result.
It’s impossible to know how many babies died of starvation as a result of opium syrups. But during the mid-nineteenth century, doctors suspected this was the case. Opium syrups were popular not just with parents of sick infants, but also unscrupulous nurses (who wanted children in their care to sleep a lot) and working-class parents (who were too exhausted from long working hours to deal with fussy babies). These are the most difficult deaths to trace, although it didn’t stop people from speculating. 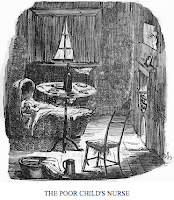 And this is the double standard of Victorian opium use: you could sit in your elegant drawing-room and denounce the sinful ways of Chinese opium addicts, lazy nurses, and the working poor, all while sipping a glass of sherry-and-laudanum to help you get a good night’s sleep. It’s a bitter irony. Rather like the taste of laudanum itself.
Depressing topic? Um yes. Fascinating? Very! Thank you so much Ms. Lee
Posted by MissA at 3/03/2012 09:17:00 PM