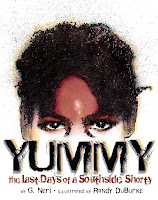 Yummy: The Last Days of a Southside Shorty by G. Neri, Illustrated by Randy Duburke

IQ "This death was not for nothing. It got your attention! Take a good look! Cry if you will, but make up your mind that you will never let your life end like this!" Preacher pg. 87

I'm not sure how to review a graphic novel. This review is going to be short, mainly because I don't know how much to say about a graphic novel, especially one that is nonfiction. I also chose not to include a rating, since it's nonfiction. You should be able to tell what I thought of the novel from my review :)

Yummy tells the story of eleven year old Robert "Yummy" Sandifer's life and death. It's a true story that takes place in Chicago in 1994. Yummy was in a gang (the Black Disciples) and he wanted to impress them. He tried to shoot a member of a rival gang, but instead he shot and killed fifteen year old Shavon Dean, an innocent bystander. The police go on a manhunt to find him and as you can imagine, the ending is not happy. For more information about this case read the Time article


The story is told through the fictional character of Roger, a classmate of Robert's. Roger is a good narrator. Since he is made to be a classmate of Yummy's we get to see the other side of Yummy. He's not "just a gangbanger", he's a little boy who loves candy and sleeps with a teddy bear. He's a bully, a petty thief and he loves his grandmother. The illustrations are extremely well done and make this story even better and more accessible to younger readers. I think I liked the story even more because of the illustrations, they allowed me to better imagine the reactions and actions of the characters. The story's pacing is excellent, the writing flows from page to page, increasing in intensity and I held my breath till the very end (even when I read the end, I couldn't seem to exhale).

What really upset me was when I read this story (especially the Incredible Quote listed above), I realized that so very little has changed here in Chicago. I don't know the exact statistics off the top of my head, but I do know that 2009 and 2010 have been deadly years for children in Chicago. It seems like at least once a month, we here about more murders of children who were in the wrong place at the wrong time. Why has nothing changed? Yummy's case happened about 15 years ago, but I really don't think that much has changed in Chicago. Gangs are still a huge problem and I worry that with the recent Supreme Court ruling, guns will be even easier for people to get. The question is no longer about blame or whether or not you feel sorry for Yummy. The question is: how can we prevent this from happening ever again? (or at least, not happening as often as it does). The story is absolutely tragic. We can argue all day about Yummy's case, if he's a victim or a murderer, or both. However, at the end of the day, I want to see results, not arguments. This case should have been a wake up call for Chicago and I don't think it really was. It was shocking at first and people were outraged, but gradually the outrage seemed to die down. I'd never even heard of this case before. That's not right and it infuriates me. It's not just up to Mayor Daley and the police, the communities need to step up as well. We have to work harder to save kids lives.

Yummy is a story that should be given to children. It's classified as YA, but it could be read by junior high students. In fact, I think it should be. It's a great introduction to the complex world we live in and it will pop the protective bubbles many parents put their kids in (especially those who live in rural or suburban areas). The best part of this story is all the perspectives shown. Like Roger you may well wonder "how could a kid so sweet, be so nasty too?" (pg. 54). I finished this book and I was angry. A good kind of angry. The kind of angry that will push you to do something, if only to be more aware and to do whatever you can.

I'm very pleased to present a 3 part interview as part of a blog tour in honor of Yummy's release.


Reading in Color: What do you think we can do to reach out to our boys and keep them away from gang violence?

Greg Neri: Talk about it for real. Show the hardcore realities of gang life. Invite former gangbangers to come in and share what their life was like. Show what the draws are but also show how it’s a dead end street. Don’t rely on simplistic Just Say No approaches. Give them alternatives: after school programs. My other books focus on chess and horses as a way out. There are plenty of great motivators out there.


I agree, it's not enough to say don't do it. You have to explain why you shouldn't join gangs and show that you understand the appeal of joining them. The situation is not black and white.

RiC: You originally wrote the book as a movie, did you have any particular actors in mind to play Yummy, Shavon, Roger, Gary, etc?

G. Neri: Not specifically, but I am a fan of movies that have used real street kids, movies like Pixote and City of God. And as a fan of The Wire, I was impressed by the skills of some of these untrained actors. That would be cool to see.
I haven't seen any of those movies, although City of God is one that I want to see. Clearly, I need to watch the Wire soon, everyone I meet seems to love the show!
RiC: As a Chicagoan I have to ask, what's your favorite thing about Chicago? 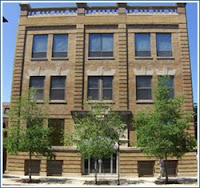 GN: You mean besides the Museum of Holography? To be fair, I’ve only really been to Chicago once, but I was amazed by the buildings and layout of the main part of the city. I remembered the museums being very impressive too. The funny part of it was, even though I was there to research the Yummy story, the reason I was being paid to go to Chicago was to shoot videos of dairy and cheese processors in the Chicago area! Yes, Tetra Pak was my client back in the day, so I suppose they should get a thanks in my book!
You need to come back to Chicago and 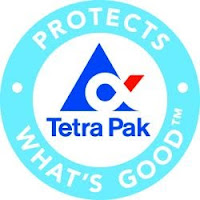 really explore. I'll give the tour ;) Have a fabulous time in Germany. Thank you so much for this interview Mr. Neri! I highly encourage everyone to check out parts one and two.
Disclosure: Received from the publisher for review. Thank you so much Lee and Low!
Posted by MissA at 8/02/2010 05:10:00 PM